What is the Current Average Soccer Cleat Weight?

With companies seemingly turning their attention to lightweight releases in the past few years, I thought is would be pretty interesting to look at what the current average boot weight is, and how that compares with our expectations. Below you will find a compilation of the top 34 boots currently released on the market and their respective weights, with a summary of the overall results listed at the bottom of the page.

What boots are included?
To compile the numbers, only the top releases from each company currently on the US market is included. The idea here is to find out what the average weight is on all top releases – and from there, you can compare how the second or third tier boots rate against that number!

What does each weight represent?
Each boot listed shows the corresponding weight for a size 9US before they were used in testing. There might be some discrepancies in the numbers, but for the most part they are accurate.

There you have it – as it stands, we are looking at an average weight of 9.07oz per boot, which is slightly lower than I estimated before putting together the numbers. Having assessed all of the information, I think the Median score of 9.5oz gives a better understanding or comparison point when we look at the weight of new boots released on the market. Following along the current lightweight trend, I can see the average weight continue to drop over time, and probably pretty quickly too!

One final note: I am not endorsing or encouraging players to wear lighter boots – protection is a much needed attribute that players need to consider when looking at new boots.

What is So Special About the Balenciaga $725 Boots?

How To Recover From Blisters While Playing Soccer

Neymar is set to switch from Nike to Puma! It was revealed today that Neymar … 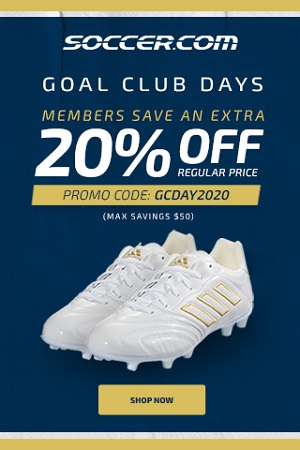