When it comes to Limited Edition releases, this year has been pretty much unprecedented. We really haven’t ever seen as many boots released to market, especially pairs that only have limited numbers available.

To catch up on what happened in 2014, we recap some of the designs that the top brands introduced us to. Important to note that there were way more than those listed here, but we looked to cover those that offered some sort of significant impact to the market.

Make sure to let us know in the comments if you had a favorite limited edition release of 2014.

Intended to celebrate Puma’s rich heritage and 65 years of soccer history, this special edition release is a remake of the groundbreaking King SL launched in 2001. This is not a boot that Puma has skimped on, with a K-leather upper providing a classic premium touch and comfort from first wear. Being that they are an SL  (Super Lightweight) release, you would expect the overall package to be designed for speed. And they are, coming in at a very minimal 6.2oz. Only 2001 pairs were released.

Verdict: Hit – what better way to celebrate the king than with a modern version that features an original style paint job. Puma take the current King range to a whole other level. 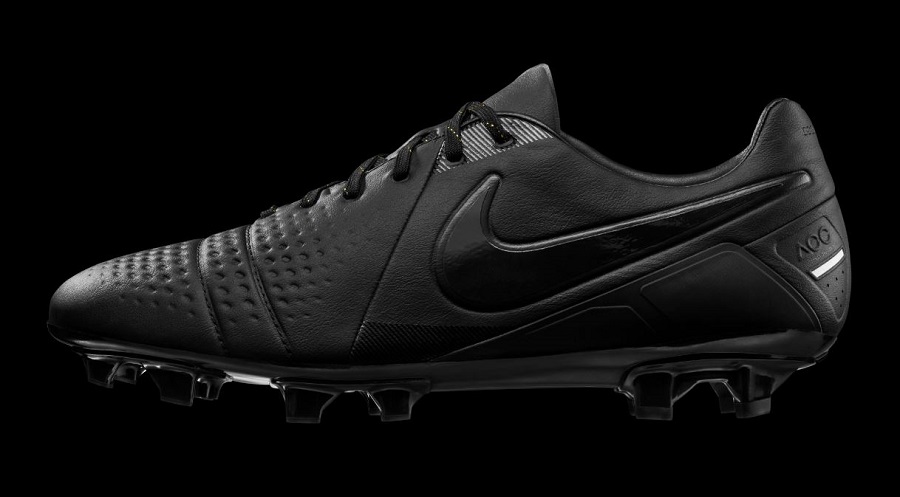 Nike signaled the end of the CTR360 Maestri range with this limited edition, “Blackout” colorway. The playmaker boot received plenty of positive reviews over the past few seasons and it has become a signature boot for many players out there. During the initial testing phase of any boot, companies use blackouts to keep the minute details out of the reach of interested fans. This final installment pays homage to the range by taking it back to where it began in the most classy fashion. Only 1,000 pairs were released worldwide.

Verdict: Hit – what a way for the range to go out, so stylish. The only negative is the fact that Nike chose to retire the range, I know there are plenty of disappointed faces out there reminiscing over this boot. 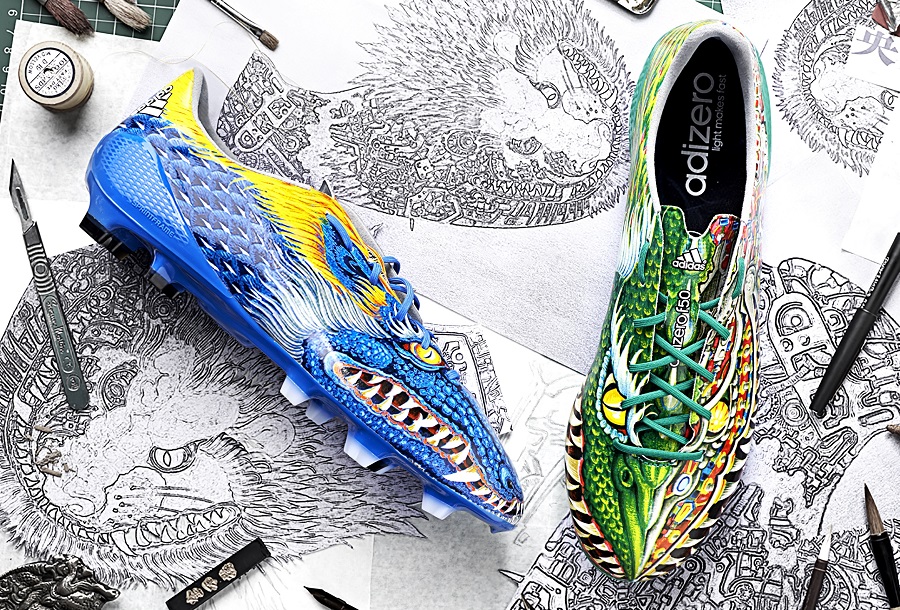 This limited edition Yohji Yamamoto adiZero F50 boot followed on from last years successful launch of the custom Yamamoto adizero f50 boot, which drew inspiration from Japanese imperial lion-dogs, these year’s release came in a striking blue and green colorway. Each boot got its own color and unique visual appearance. The traditional design has been placed in the context of Japan’s modern sci-fi culture creating a spiritual connection between the past and the future.

Verdict: Miss – not a fan of the overall machine like appearance and the dual tone colors employed. We saw them worn sporadically and it they were never that visually impressive in action. 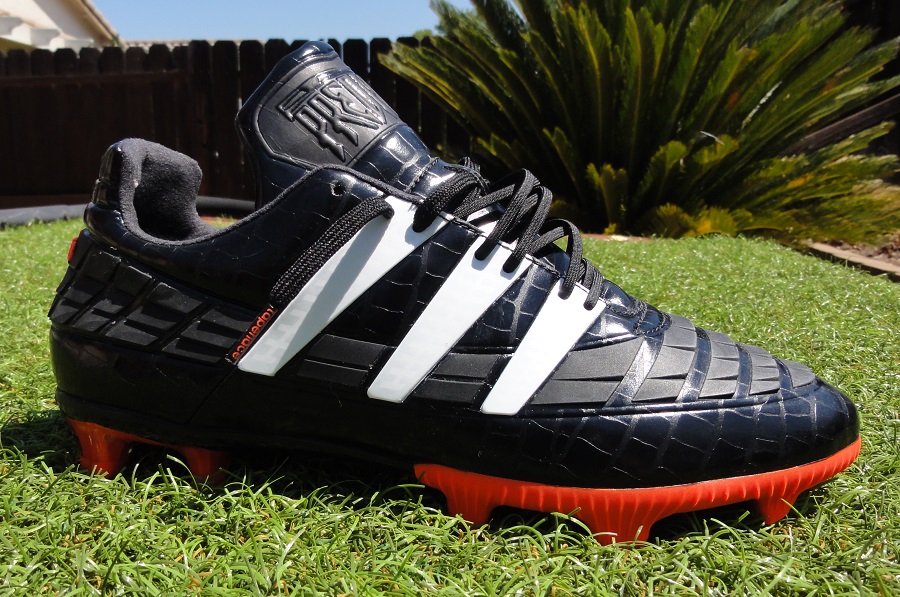 We were treated to three different Predator remakes in 2014 as Adidas looked to celebrate the highly regarded power range. The Predator Instinct was used as the base, with adidas taking a modern approach to each iconic version – the original 1994 (August), the Accelerator (August), Mania (September). For each, a limited number of 1,825 pairs were made available worldwide. As you would expect, each sold out within a few hours of release!

Verdict: Hit – it was wonderful to get a fresh take on some of the more iconic Predators ever released. Although we are still left wanting the actual original boots, this offering provided players with a little taste.

Marco Reus got the Puma custom treatment for the first time with this design featured on some evoSPEEDs. One of the first things you will notice about the design is that it features a two-tone design and he has pair homage to Der BVB by sticking with the official colors of his German club. “Hope” was the theme behind this release, with a pair of joined hands added to the instep of the boot (right on the region where you cushion the ball.) Proceeds from the sale of these boots will be used to support a local children’s hospital in Dortmund.

Verdict: Miss – great story behind them and it is awesome that proceeds of each sale went to charity. But you really have to be a Dortmund fan to appreciate the design! 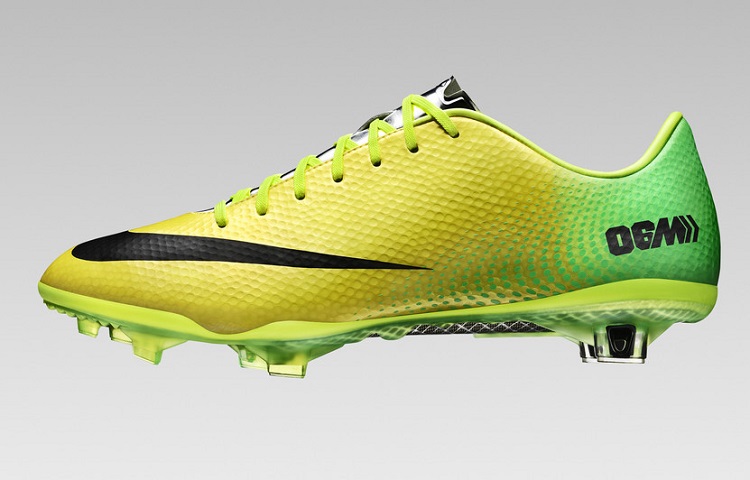 Nike gradually introduced us to a unique new series of boots they labelled the “Fast Forward” collection, prior to the kick-off of the World Cup. The series takes some of the more iconic Nike Mercurial releases of the past and places their look on the current Nike Mercurial Vapor IX. On offer was a remake of the 1998, 2002, 2006 and 2010 Mercurial, with each celebrating a unique, individual story. With current advancements in boot technology and performance, Nike simply transferred the look to the advanced Vapor IX.

Verdict: Hit – these are some classy remakes, with Nike’s insistence to promote an individual story for each offering players a reason to connect. We would still love to have a rerelease of the original boot, but this is definitely the next best thing. 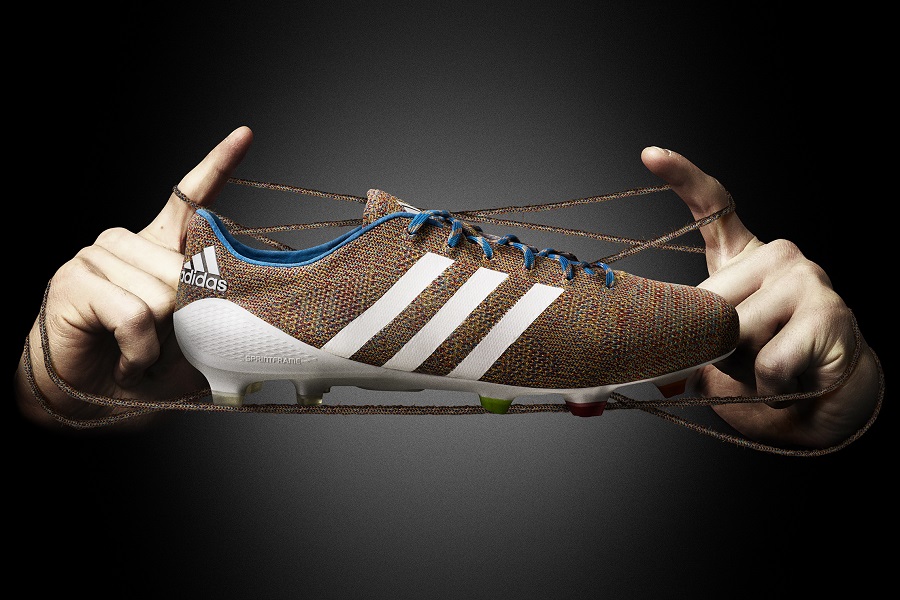 During 2014, we saw 2 versions of the Primeknit released. Weighing in at 5.8ounces, this limited edition lightweight boot was the first football boot to have an upper that is knitted from heel-to-toe, providing a completely new second-skin fit that retains the strength of a conventional boot. Primeknit employs just one yarn, knitting the entire upper – wrapping the shoe around the foot. Engineered stiffness controls stretch and support. And while traditional shoes are constructed from several pieces, overlay and underlay, the Primeknit reduces the amount of materials to a single knitted layer.

Verdict: Hit – they offer something very different, even if they do go against our norms and expectations of what a boot should be constructed of! They sold out very quickly and reviews on their performance were surprisingly positive!

The Mercurial Vapor IX CR7 Special Edition commemorates Cristiano Ronaldo’s incredible season, in which he averaged more than one goal a game; became the quickest player in his club’s history to reach 200 goals for the club; and was officially recognized as the best player in the world. The boot features a clean and simple white upper — a nod to Ronaldo’s affinity for white boots — and a special gold soleplate. Added to that is some premium detailing and a numbered heel highlighting the limited run of this special Mercurial release. An extremely limited 100 pairs were released to market.

Verdict: Hit – Oh my, what a combination of worldly colors, creating one of the signature looks of 2014! Ronaldo deserved a stylish, signature release like this for his accomplishments.

This write-up from Puma explains the history and significance behind this release: “It was 1998. In France. The world’s biggest stage set for the beautiful game and all the unexpected moments that come with it. Before his match, Cameroonian footballer Rigobert Song did something small but extraordinary. He laced up one red PUMA King boot. He laced upone yellow PUMA King boot. And he stepped out onto the pitch showcasing his team pride and confidence unlike any other. This moment not only defined the man but also kicked off another chapter in PUMA’s history of working with unusual, game changing individuals.”

Verdict: Miss – love the story and the actual boot, but the two-tone colors are just not working! 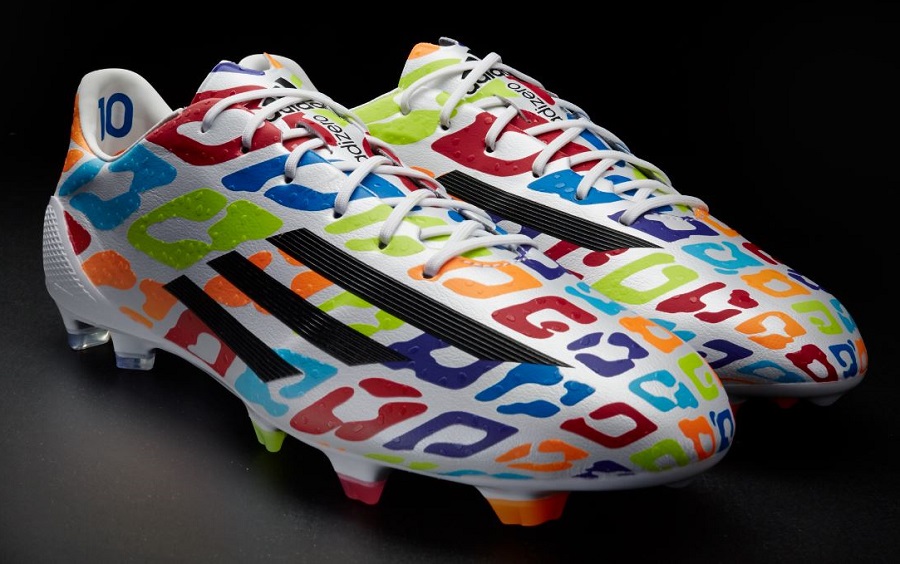 “On June 24, 1987 the football world was given a gift. Today is Lionel Messi’s 27th Birthday and to celebrate, the folks at Adidas have given him a new special edition pair of boots. Messi is scheduled to wear these boots in training today, ahead of Argentina’s final group game tomorrow against Nigeria in Porto Alegre.”

Verdict: Miss – oh my word, I understand the need to make Messi feel special, but this design is absolutely tragic. Adding a confetti style colorway on the Battle Pack design doesn’t scream the world’s greatest!

Puma has dropped their first and fastest edition of ULTRA 1.2, introducing the “Speed of …